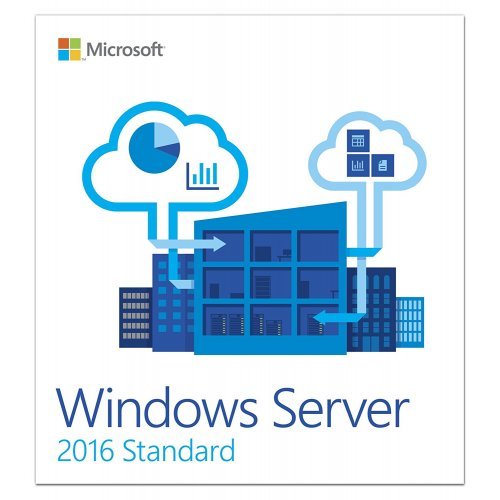 The Compute area includes virtualization products and features for the IT professional to design, deploy, and maintain Windows Server.

Physical and virtual machines benefit from greater time accuracy due to improvements in the Win32 Time and Hyper-V Time Synchronization Services. Windows Server can now host services that are compliant with upcoming regulations which require a 1ms accuracy with regards to UTC.

There are also improvements to the Recovery Console, including separation of inbound and outbound firewall rules as well as the ability to repair the configuration of WinRM.

New features in Identity improve the ability for organizations to secure Active Directory environments and help them migrate to cloud-only deployments and hybrid deployments, where some applications and services are hosted in the cloud and others are hosted on premises.

The latest version of Web Application Proxy focuses on new features that enable publishing and preauthentication for more applications and improved user experience. Check out the full list of new features that includes preauthentication for rich client apps such as Exchange ActiveSync and wildcard domains for easier publishing of SharePoint apps. For more information, see What's New in Web Application Proxy in Windows Server 2016.

The Management and Automation area focuses on tool and reference information for IT pros who want to run and manage Windows Server 2016, including Windows PowerShell.

This area addresses networking products and features for the IT professional to design, deploy, and maintain Windows Server 2016.

You can now both mirror and route traffic to new or existing virtual appliances. Together with a distributed firewall and Network security groups, this enables you to dynamically segment and secure workloads in a manner similar to Azure. Second, you can deploy and manage the entire Software-defined networking (SDN) stack using System Center Virtual Machine Manager. Finally, you can use Docker to manage Windows Server container networking, and associate SDN policies not only with virtual machines but containers as well. For more information, see Plan Software Defined Networking Deployment.

The default Initial Congestion Window (ICW) has been increased from 4 to 10 and TCP Fast Open (TFO) has been implemented. TFO reduces the amount of time required to establish a TCP connection and the increased ICW allows larger objects to be transferred in the initial burst. This combination can significantly reduce the time required to transfer an Internet object between the client and the cloud.

Includes security solutions and features for the IT professional to deploy in your datacenter and cloud environment. For information about security in Windows Server 2016 generally, see Security and Assurance.

Just Enough Administration in Windows Server 2016 is security technology that enables delegated administration for anything that can be managed with Windows PowerShell. Capabilities include support for running under a network identity, connecting over PowerShell Direct, securely copying files to or from JEA endpoints, and configuring the PowerShell console to launch in a JEA context by default For more details, see JEA on GitHub.

Storage Spaces Direct enables building highly available and scalable storage using servers with local storage. It simplifies the deployment and management of software-defined storage systems and unlocks use of new classes of disk devices, such as SATA SSD and NVMe disk devices, that were previously not possible with clustered Storage Spaces with shared disks.

Cluster Operating System Rolling Upgrade enables an administrator to upgrade the operating system of the cluster nodes from Windows Server 2012 R2 to Windows Server 2016 without stopping the Hyper-V or the Scale-Out File Server workloads. Using this feature, the downtime penalties against Service Level Agreements (SLA) can be avoided.

Cloud Witness is a new type of Failover Cluster quorum witness in Windows Server 2016 that leverages Microsoft Azure as the arbitration point. The Cloud Witness, like any other quorum witness, gets a vote and can participate in the quorum calculations. You can configure cloud witness as a quorum witness using the Configure a Cluster Quorum Wizard.

The Health Service improves the day-to-day monitoring, operations, and maintenance experience of cluster resources on a Storage Spaces Direct cluster.

New features provided by the IIS 10.0 web server in Windows Server 2016 include: