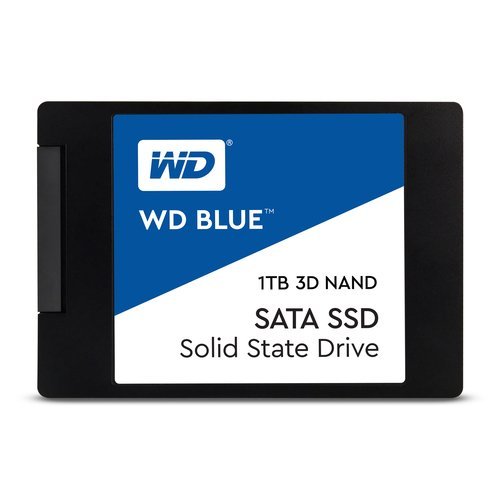 A NEW DIMENSION OF STORAGE

A WD Blue 3D NAND SATA SSD uses 3D NAND technology not only for higher capacities (up to 2TB1) than the previous generation WD Blue SSDs, but also to help reduce cell-to-cell interference for enhanced reliability.

An SSD is designed with no moving parts to help protect against data loss if it is accidentally bumped or dropped. And with 1.75M hours MTTF (mean time to failure)4, up to 500 TBW (terabytes written)5, and several error correction technologies, WD Blue 3D NAND SATA SSDs can help guard data for years to come.

Monitor your drive’s available capacity, operating temperatures, SMART attributes and more with the WD SSD Dashboard. Acronis® True Image™ WD Edition software, available as a free download, can clone drives and backup your operating system, applications, settings and all of your data.

Every WD Blue 3D NAND SATA SSD comes with a 3-year limited warranty, so you can be confident of your storage when you upgrade or replace any of your drives. 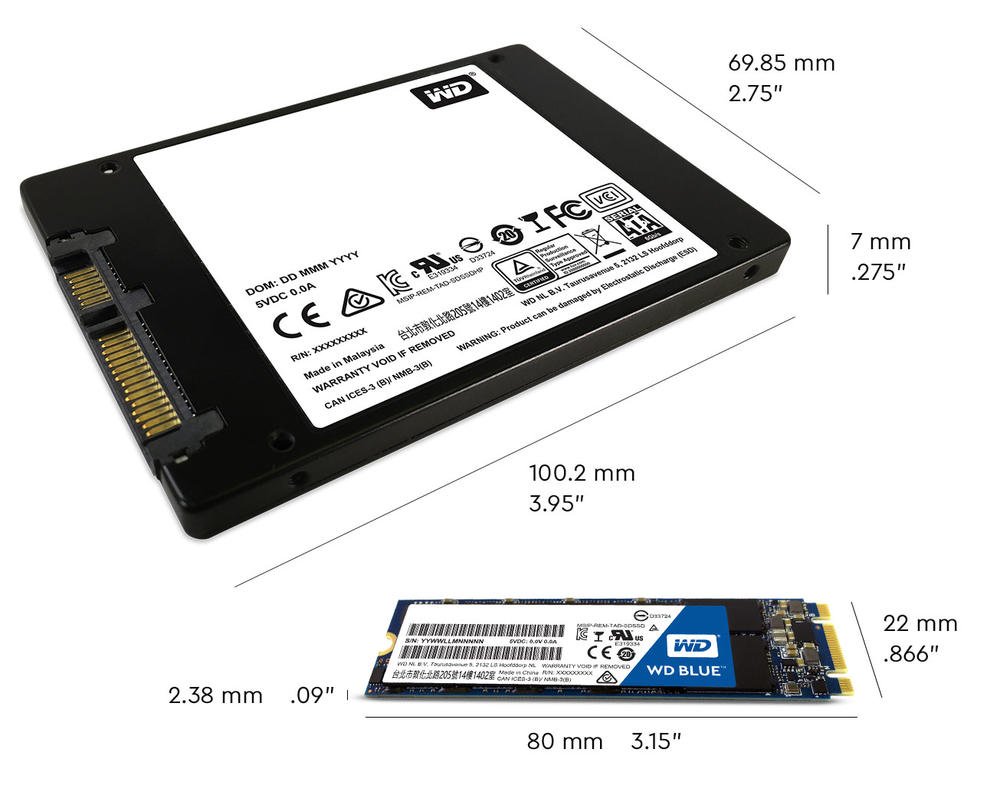 1. As used for storage capacity, one terabyte (TB) = one trillion bytes. Total accessible capacity varies depending on operating environment.

2. Active power draws are up to 25% lower during sequential reads than previous generations of WD Blue™ SSD at the 500GB capacity point.